Denmark is a pioneer in wind power industry. Currently wind power provides nearly 20% of the nation’s electricity (compared with just 0.7 percent for the United States). This industry developed mainly thanks to geopolitical factors. Danish government supported Israel in so called Yom Kippur War in 1973. Arabic countries unhappy with that cut the oil flow to the country. Danish government had to find a renewable resource and decided to subsidize heavily wind industry. This idea found its follower, for instance an Austrian province Niederösterreich produces around 10% of wind energy for its needs. 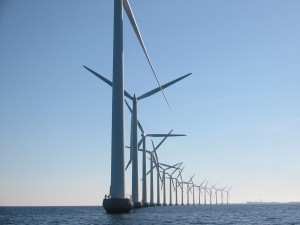 Is it possible for governments in the era of relatively cheap fossil fuels to take a radical decision and put on green energy?